This is the first of a series of guest blog posts from Rev. Peggy Clarke, who is in Paris representing Unitarian Universalists at the COP21 climate talks.  Peggy has been a longtime activist for environmental justice in the New York area, and she has been one of my strongest allies in trying to deepen the UU response to the climate crisis.  -Tim 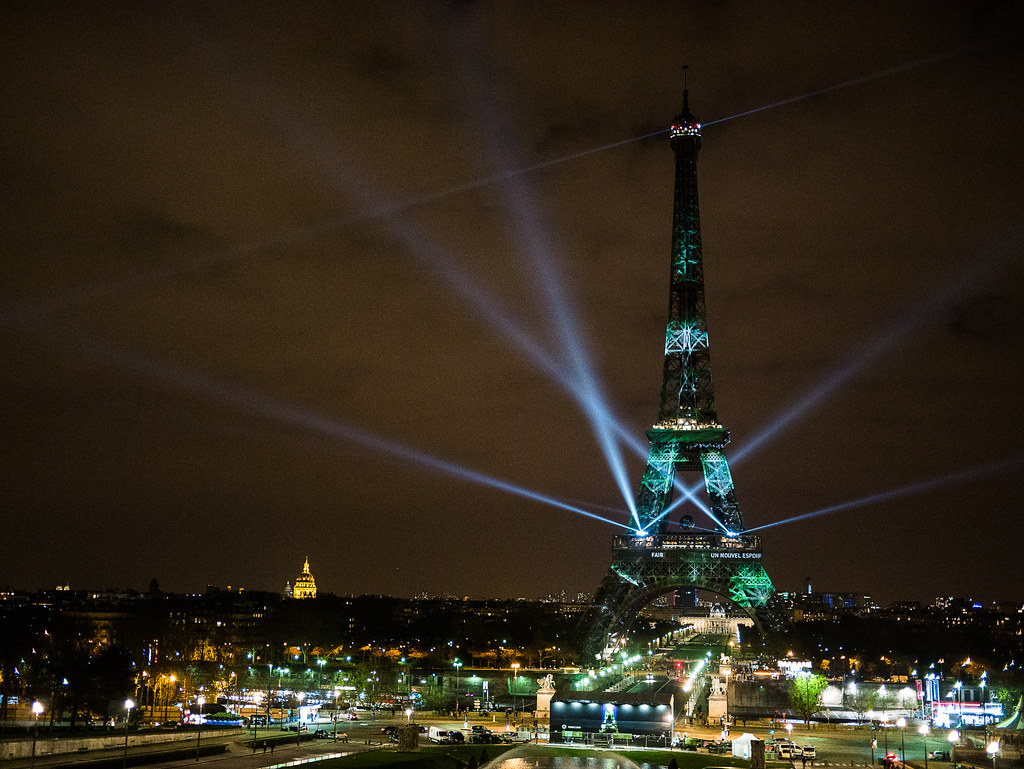 I was attacked tonight. A guy tried to rob me but he didn’t get away with anything. (I’m a New Yorker after all.) I’m at the United Nations Climate Summit (COP21) in Paris. No one in my family wanted me to attend in light of the terrorist attacks this city suffered two weeks ago. It seems like a dangerous city to them. 134 people were killed in a well coordinated attack and now people all over the planet are on high alert. There are armed guards-both police and military- surrounding the conference area. Border patrol was unusually attentive and everyone is on the defensive.

There’s a way we’re poised and ready for violence. I knew what that would-be-robber was planning before he got close enough to me to try anything. I was ready. I had a plan. OK, the plan didn’t work out exactly as I’d hoped, but the point is, I got away. I’ve been taught to trust my instincts, to alter my behavior and find safe ground.

Climate change will kill more people this year than terrorists. Just the asthma death rates alone for children in urban areas give terrorism a run for its money. We don’t even have to talk about drought or storms or any of the other “natural” disasters climate change is creating. But with all those deaths, with all that destruction, we don’t see appropriately armed guards at the ready.

Thieves are easy. Terrorists are easy. They’re people we can point to. They do what they’re going to do right here in real time and we can blame them for it. Climate change requires a bending of both time and space for the consequences to become apparent. For the most part, we’re fighting an invisible demon. And what’s worse- the demon, it will turn out, is us. It’s not some bad guy out there looking to hurt the good people in here. We are the bad guys. And we’re the good guys. We are both perpetrator and victim.

I suspect that’s why we put so much energy into fighting violence. It’s cleaner. The problem is clear and you can see the results of your effort. I’m here in Paris, with or without threats to my personal safety, because I can see the danger coming and I know we have to trust our instincts, alter our behavior and find safe ground.